Player Unknown’s Battlegrounds is an online multiple battle royale game. It has a huge craze in India. The gaming community in India is a small section, as compared to US and China but the craze created by PUBG in India is immense. PUBG Mobile Game, launched on March 15, 2018, has surpassed all expectations. In just six months of its launch, this mobile version of PUBG has crossed over 1 million downloads in the Google Play store and over 6.5 million installations worldwide. The game has been downloaded by over 12 million unique users on iOS and Android platforms.

The gaming community is booming in India, especially PUBG. There will be many local events and tournaments happening under the radar with huge participation.

The main concern for any community is how to sustain it. I am happy to see this kind of initiative happening in India to help promote gamers and the gaming community.

Born in a gamer family, Manav Bhalla has always loved to play games. He is gaming crazy and can’t get off his phone when he has free time. He is an MBA graduate and works as Digital Marketing Manager at mvbgames.com.

Manav Bhalla has been instrumental in conceptualizing and driving the digital marketing activities of MVB Group for the last 2 years. He believes in simplicity, objectivity, and transparency in approach. Also, he is a firm believer that quality content is the king and that’s what drives the growth of most businesses across the world.

PUBG Mobile, which means PlayerUnknown’s Battlegrounds Mobile, has seen huge success since its launch on March 19, 2018. PUBG is a mobile version of a well-known PC gaming hit of the same name.

There are over 460 million downloads on the Google Play Store. The game is equally famous for its massive mobile gaming community that keeps growing rapidly with each passing day. In India, the game has over 4 million daily active users and more than 10 million paying customers.

The game has also created a gaming community where players from different parts of the country are collaborating and participating in different games and tournaments.

This kind of event help to promote the gamer and gaming community.

The community actually help to promote other gaming events as well as team-building experience for people in a different part of India. There is a huge opportunity to develop and create new gaming communities in India. This can help to create events, and tournaments, create and channel the new talent and help to grow to the eSports industry in India.

PUBG mobile and creating events, and tournaments can be the best way to promote gaming culture in India. 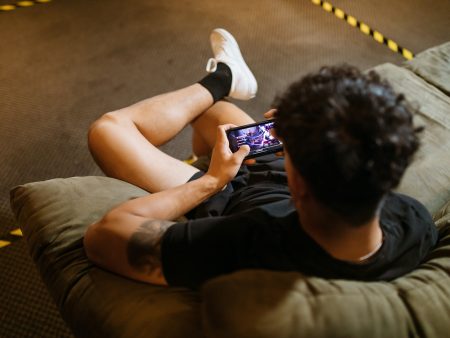 Benefits of video games in our mental health

Minecraft is an open-world game, with no set goals. Players have unlimited freedom in choosing how to play their own game

Player Unknown’s Battlegrounds is an online multiple battle royale game. It has a huge craze in India.India has it's own version of game.

Crazy Time is a fun & exciting online game in casinos. This very popular game show in India. It’s a slot game with a wheel of luck full of real money.

Keep your bike steady and move forward. Ride through the Underwater tube, catapulted into the air, avoid spiky obstacles and get to the finish point as soon as possible.