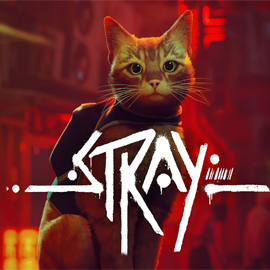 A cat-themed action-adventure game developed by Blue Twelve Studio. Stray, has been on many people's radars for some time.

The cat-themed action-adventure game Stray, developed by BlueTwelve Studio and published by Annapurna Interactive, has been on many people’s radars for a while. While the game’s novel premise has undoubtedly been a significant contributor to this phenomenon, it hasn’t hurt that every time we’ve seen more of the game, it’s looking very promising. Now that the game is out to the public, we will look at the critical information you need to be aware of regarding the game.

The animated short film STRAY follows a stray cat’s adventures in an underground metropolis. There are no people in the city since robots have overrun it. It will be necessary for the cat to engage in combat and go through riddles for it to return home. The fact that you are expected to think like a human while acting like a cat makes this game entertaining. A WORD OF ADVICE: Pay attention to the information that has been concealed!

You will run across various folks as you investigate the strange cybercity that acts as Stray’s location; however, none of these individuals will be human, which is a fascinating twist. Stray takes place on a planet populated by humanoid robots that seem to be humans in appearance, behavior, and speech but are not human at all. There will be a variety of responses from robot characters when they interact with you, and not all of them will be nice.

However, BlueTwelve Studio, the game’s creator, has said that there will be a robot character in the game that is undoubtedly nice. She goes by the name Grandma. In addition to her passion for knitting, she contributes to the robot community by fashioning clothing out of spare parts.

You will, of course, be able to experience the game’s incorporation of the DualSense features if you intend to play Stray on PS5. These features include the controller’s haptic feedback and adjustable triggers, employed in various ways throughout the game. There would be little opportunity for an adventure game without too much conflict to do that. Still, Stray will use those characteristics for many activities, like rubbing against robot legs, scratching surfaces, napping, and riding on ziplines.

Stray is not going to be a particularly demanding game, as can be anticipated, so you won’t need to worry too much about whether or not your personal computer meets the game’s minimum or recommended system requirements if you’re going to be playing it on a personal computer (PC). You’ll need an Intel Core i5-2300 or an AMD FX-6350 processor, a GeForce GTX 650 Ti with 2 GB of VRAM, or a Radeon R7 360 with 2 GB of VRAM to play the game on the lowest settings possible.

To play the game on the recommended settings, you will need a computer with either an Intel Core i5-8400 or an AMD Ryzen 5 2600 processor, as well as a GeForce GTX 780 with 3 GB VRAM or a Radeon R9 290X with 4 GB VRAM for the video card. For either configuration, you will want 8 gigabytes of random access memory (RAM) and 10 gigabytes of free storage space.

The Stray launch date on Steam has been set for the 19th of July. Because it is a timed console exclusive for PlayStation, you won’t be able to play it on Xbox Game Pass either since it is a PlayStation exclusive.