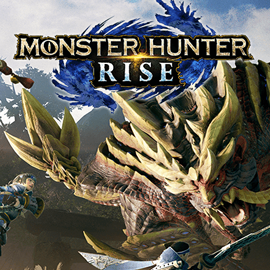 The critically praised action role-playing game developed by Capcom has been available on personal computers since January 14, 2022. Following is the information you need to know. After being exclusively available for a whole year on the Nintendo Switch, Now this game can be played on PC through Steam. In addition to a free demo, it offers a number of new features. This demo does not have any limits on how it may be used. We will look at fifteen things that both novice and seasoned players ought to be aware of before jumping in.

The events of Rise occur in a new environment. The plot starts with the player character entering Kamura Village and training to become a Hunter. When one talks to Fugen, the village’s leader, they learn about the “Rampage,” a fifty-year-old mystery event in which monsters went on a rampage and attacked the village.

It’s your duty to gather supplies and get ready for the assault before the Rampage, which will return soon. Given the results of previous games, it should come as no surprise that there is more going on behind the scenes than what is visible on the surface.

There are many zones of the world, each with a region you can traverse easily. These regions range from the heavily forested Shrine Ruins to the snow-covered Frost Islands, amongst others. Hinoa, one of the Wyverian twins, will act as your immediate helper to set up quests for you to complete. Your primary location is Kamura Village. Yomogi offers a variety of energy boosts from food in his capacity as manager of the Tea Shop.

Hamon is the Blacksmith in charge of all your crafting requirements. Kisaki is in charge of the making and upgrading of Buddy equipment. The Argosy provides some resources, trade items, and the Training Area, which allows players to practise different weapons and skills. There are a few non-playable characters and NPCs that are waiting for you.

The game contains 14 iconic weapon types, which is more impressive than the previous games. The Longsword, Sword and Shield, Gunlance, Lance, Hunting Horn, Bow, Dual Blades, Charge Blade, Hammer, An Insect Glaive, Heavy Bowgun, Switch Axe, Great Sword, and Light Bowgun are among the weapons. These weapons have their own play style and unique set of techniques. Along with the numerous forms of armour in their arsenal.

A few of them, most notably the Hunting Horn, had experienced significant revisions since Monster Hunter World’s release to make them far more advanced. However, as things now stand, proficiency with any weapon still requires considerable time and effort.

In September 2020, Nintendo announced Monster Hunter Rise at its Direct presentation. The Nintendo Switch will be the only platform capable of playing the game for the foreseeable future. However, series creator Ryozo Tsujimoto made it clear that Monster Hunter Rise would be released for personal computers (PCs) at the start of 2022.